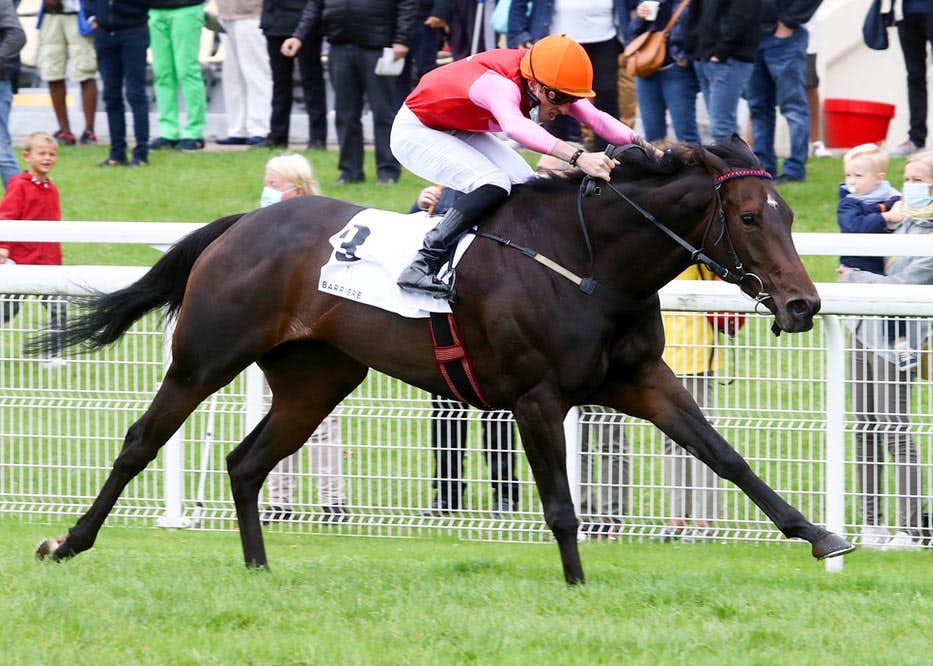 The Stuart Williams-trained Breathtaking Look (Bated Breath) was the only overseas challenger for the 1200m Prix de Meautry Gr.3, the first of the three Group races at Deauville. Sent off favourite, the five-year-old settled just behind the front running Air De Valse on the testing ground and raced past her 300m from home. Kept up to her work by Pierre-Charles Boudot, she extended her lead to three and a half lengths at the post, with the supplemented Marieta staying for third, a further length and a half behind.

Winner of last September’s Sceptre Stakes Gr.3 on good to firm ground, Breathtaking Look has since finished second behind subsequent Gr.1 winner Oxted in the Gr.3 Abernant Stakes, second in the Gr.3 Summer Fillies’ Stakes at York and second a couple of weeks ago in the Gr.2 Hungerford Stakes, so this was a welcome return to the winner’s enclosure.

Bated Breath had another winner on the same card – three-year-old Brave Shiina in the Prix Casino Barrière Trouville. Trainer Hiroo Shimizu confirmed that he is entered in the Prix du Pin Gr.3 (13th September, Paris Longchamp).