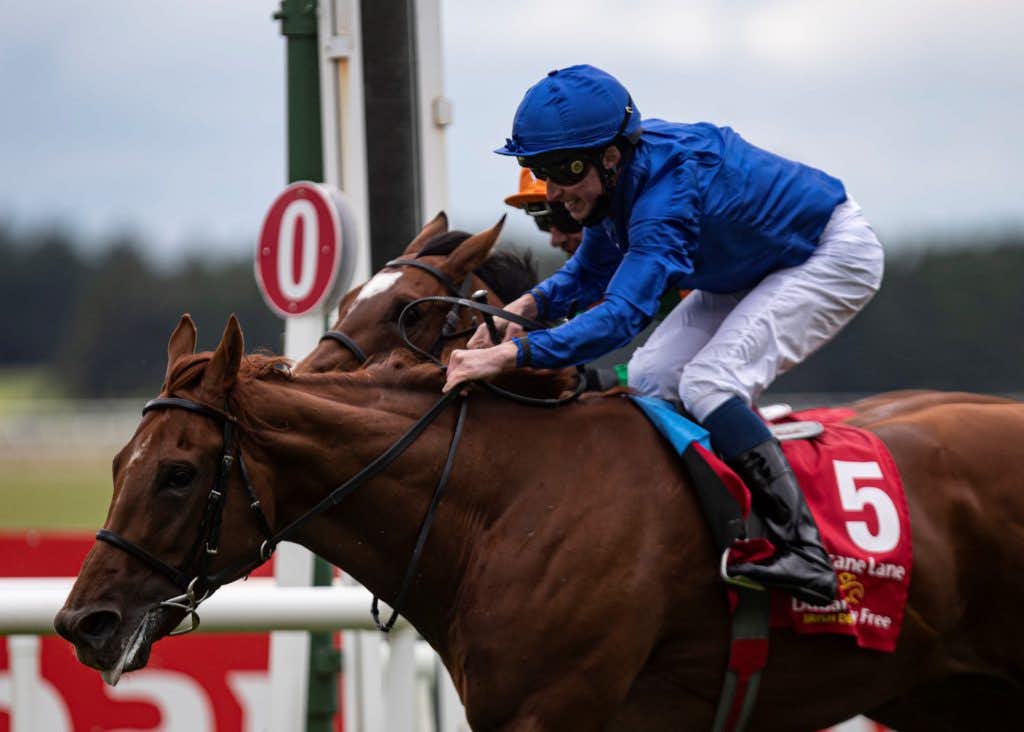 Hurricane Lane emulated English Derby-winning stablemate Adayar with a win in this year's Irish Derby at the Curragh on Saturday (26th June).

It had already been a fine afternoon for Frankel, with a stakes one-two and an ultra-promising newcomer among a Newmarket hat-trick, before the Juddmonte stallion received another career highlight with a first  Irish Derby.

Hurricane Lane, who was third behind his paternal half-brother and Charlie Appleby stablemate Adayar when Frankel claimed a maiden Derby at Epsom three weeks ago, provided a neat Classic double as he caught the enterprisingly-ridden Lone Eagle close home.

He is now a 16th worldwide Group 1 winner for a sire very much on a roll after leading the standings at Royal Ascot with three winners. One of that trio, the Hampton Court Stakes scorer Mohaafeth, came from the same breeder as Hurricane Lane in Philippa Cooper.

Cooper's Normandie Stud operation, now run as a virtual entity with boarding mares after the sale of her West Sussex nursery, produced the consistent three-year-old out of the Shirocco mare Gale Force. A three-time winner, including in a Listed event in France over almost two miles on her final start in 2015, Gale Force was bred by Tim and Tessa Vestey as a half-sister to their Group 1 British Champions Fillies & Mares Stakes heroine Seal Of Approval.

Cooper bought her at the end of her racing career for 270,000gns and sold her on again at Tattersalls in late 2019, to Charlie Gordon Watson for 300,000gns. Hurricane Lane, who is her second foal, was bought by Godolphin for 200,000gns as a yearling at Book 1. His older sister, Frankel's Storm, won twice for Mark Johnston and was stakes-placed in Germany.

Frankel's day began with a bang on the July Course through Cheveley Park Stud's Inspiral, a two-year-old filly out of the 2012 1,000 Guineas runner-up Starscope who showed plenty of flair on her racecourse debut for the John and Thady Gosden stable.

He also secured a one-two in the Listed Fred Archer Stakes as his reborn six-year-old Outbox and Hollie Doyle upset the 2019 St Leger winner and odds-on favourite Logician.