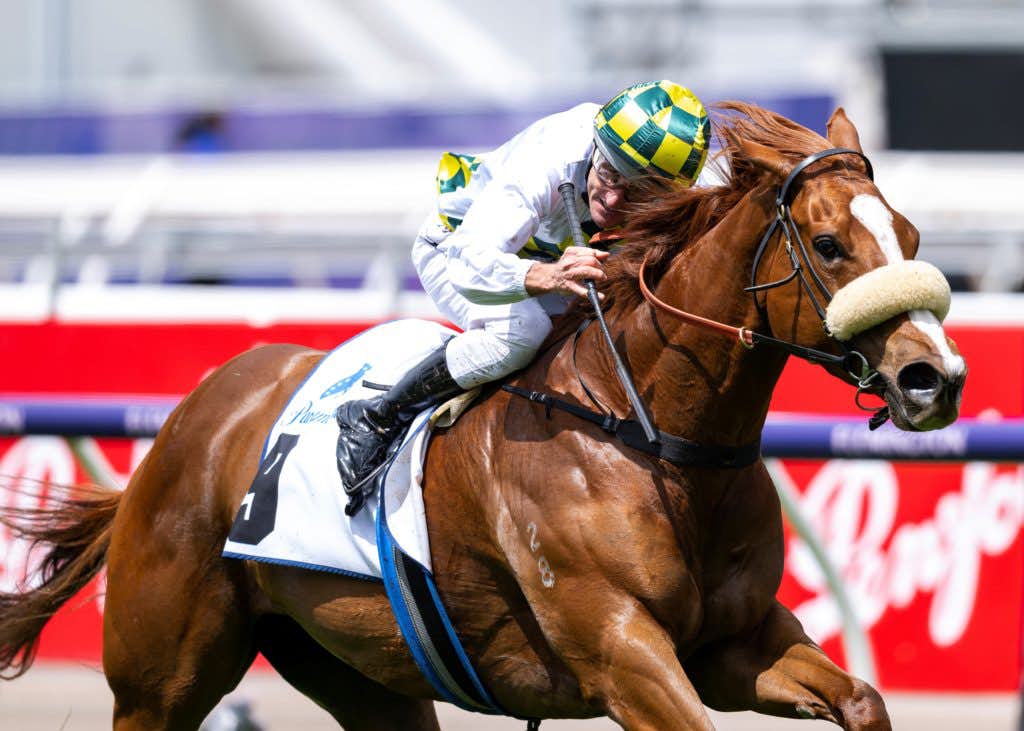 Argentia back to Group-winning form

She came down the straight at Flemington, coming from worse-than-midfeld under Damien Oliver to hold the challenge of the fast-finishing favourite Triple Missile by a half-length.

The Astrologist finished three-quarters of a length further back in third. “She’s been a mare that we’ve had a big opinion of for a very long time and as (owner) Deb (Camilleri) would know, it’s been frustrating because we’ve felt that she’s getting to the top level and for a few reasons it just hasn’t eventuated but credit to all the staff at home, they’ve done a great job,” co-trainer Sam Freedman said.

“She’s now two from two down the straight, she’s shown a liking to it, there’s going to be some nice races in the Autumn for her.”

Freedman said the way the race was run suited Argentia: “She loves a strong speed, I think Olly summed it up perfectly, he was just very patient and picked his way through. We’ll give a little bit of thought to next week (Champions Sprint) with her. Maybe she’s not up to them but it’s Cup week, she’s in great form and these mares in form sometimes it’s just best to keep them going.”

Argentia was purchased by James Harron for $670,000 out of the Evergreen Stud Farm draft at the Inglis Easter Yearling Sale. She is the eighth foal of the champion Kiwi mare Princess Coup who was purchased by E Thoroughbreds for A$3 million at the 2009 Magic Millions National Broodmare Sale